According to the latest cofound.it, a platform that connects blockchain believers to teams that are building serious blockchain businesses, survey results, Edgeless belongs to the best Europe-based blockchain companies club.

Cofound.it survey combined CoinMarketCap’s, coinmarketcap.com, top 250 list and their own internal resources and made a list of most promising 57 blockchain companies with headquarters in Europe.

“For us it is a big honor to be among best Europe-based blockchain companies. Our headquarter is in Lithuania. It is a good place to operate globally. We see that Lithuania becomes EU gateway for global blockchain industry. Europe’s first international Blockchain Centre is hosted in Lithuania. ICO Watchlist, icowatchlist.com,  places Lithuania fifth for European crowdfunding, based on the number of projects to have launched within its borders”, says Edgeless co-founder Tomas Draksas.

Edgeless is one of the early ICO projects that has a product for mass consumer. Edgeless online platform, launched on December last year, is the first Ethereum based crypto casino that has received an official Curacao gambling license.

Total Edgeless, EDG, tokens supply currently is more than 95 million EDG with a market cap of more than 27 million USD. 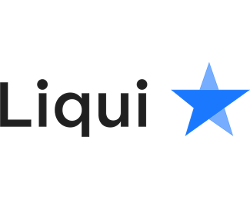