For many years there was darkness in the financial world. The dark age of banks fraudulent activities, greed and excess that led one financial disaster after another until the last 2008 crisis came. This time it was so huge that a 180-year-old bank bankrupted and the government had no other option but to bailout all other banks with a staggering $800B fund.

Yes, most banks slipped again while leveraging on the trust of the people without any guilt until yet another future scam would be created. The problem is that the central bank must be trusted not to debase the currency, but the history of fiat currencies is full of breaches of that trust.

These circumstances led Bitcoin to be created. The first decentralised currency in the world based on the blockchain. The new invention became a game changer in the financial world.

Blockchain is not only for payments

According to Satoshi Nakamoto, founder of Bitcoin,  a lot of people automatically dismiss e-currency as a lost cause because of all the companies that have failed since the 1990's. I hope it's obvious that it was only the centrally controlled nature of those systems that led them to failure.

Bitcoin was a revolution. Trust became the core of the financial world. You don’t need to trust a person or institution or government, the system itself is provable. Now everyone can see it, everybody knows where the money is, you don’t need a third-party approval to send your personal money.  It’s no question why Blockchain was meant to become a groundbreaking success.

In the near future after Satoshi Nakamoto was gone, and the first 2014 crypto bubble faded away, smart people saw that blockchain can be used not only for the payment operations but for other applications too. That’s how the Ethereum smart-contract was eventually introduced. A new generation of blockchain solutions that let businesses use the technology in any possible way. Ethereum became the second reason why the popularity of blockchain started to grow so fast in 2017.

Now, after almost 10 years when Bitcoin was founded, you don’t use blockchain for payments only. In these days you can count your sports activity with a blockchain, get automated donations for your blog posts on Steemit, many big brands such as Toyota are using the technology to decentralize once centralized operations.

Experts believe many industries will never work the same as trust is now provided by the code, not by the person or company with an expected goodwill. That’s why online gambling industry is the one that will eventually be transformed by these developments.

Majority of online casinos have a big trust problem which is solved by third-party audits. The same as the way banks were checked by rating agencies prior to 2008.

The problem is the trust itself. Cards are shuffled by the centralised code which is hidden internally by the online casino and occasionally checked by third-party authorities.

Nowadays people can choose an alternative - blockchain casinos. It is coded on a decentralised network and can be checked any time and in any place. That gives you a full guarantee that the casino won’t cheat, as it can be easily spotted. However, don’t get fooled, there are a few types of crypto casinos.

View a full list of all Bitcoin casinos and reviews here.

Differences between Bitcoin and Blockchain casinos

- A casino bankroll publicly visible on the blockchain. This means that every stakeholder can check the size of the casino’s bankroll and be sure that the operation runs properly and fairly.

- A random number generator, RNG, (a mechanism which rolls slots, shuffles cards and rolls the final outcome). Having RNG processing on a blockchain makes the final outcome transparent. Player’s no longer need to question whether the casino is cheating or not.

- Casino incoming deposits and withdrawals that can easily allow anyone to check how active the gambling operation is.

Without ‘smart-contracts’, Bitcoin casinos cannot offer any of these features.

By inventing Bitcoin Satoshi Nakamoto started a revolution and today Blockchain is transforming many industries. The world of online gambling is changing too and we can already see the rise of Bitcoin and blockchain casinos. There are key differences between these two casinos. A  Bitcoin casino is a casino like any other, it just uses Bitcoin as one of its in-game currencies. Meanwhile, a blockchain casino uses the whole infrastructure that has ‘smart-contracts’ on its backend to provide extra features in the realm of transparency and fairness. For now. But who knows what other changes will blockchain bring as this technology is only 10 years old.

It's time to join Edgeless community and grow together 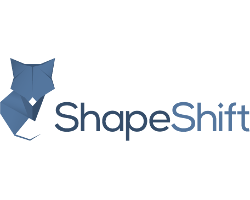 Edgeless Token (EDG) is on myetherwallet